Is Web 3 the Future of the Internet?

Web 3.0 is the third version of the World Wide Web. While the second version of the Web relied on users to provide data for each platform for its own interests, Web3 transfers the benefits back to the users.

With Web 2.0, the user had little or no control over their data in most cases. Plus, they never knew if the services, software, and apps they liked to use would remain available. Web3 is an initiative to solve this long-term challenge. Packy McCormick calls it “the Internet owned by creators and users, orchestrated with tokens.”

Him Gajria describes the evolution of the Web as:

The Web emerged as an application on top of the common Internet infrastructure. Since modifying the underlying infrastructure of Internet protocols was not possible, creators like Tim Berners Lee introduced protocols such as the World Wide Web (WWW) that sit on a layer above TCP/IP.

This so-called Web, where people could host content, had its own set of limitations: such as creators offering static, non-programmable content, there was not much interaction between the end-user and the content, and the user had no way of modifying or participating directly in the creation of it. The user was limited to “read-only” mode.

The idea of Web 2.0 was first introduced by Darcy DiNucci in an article in 1999. The term refers to the phase of web development in which the content of websites is created and shared primarily by the users themselves.

This phase of the Web allowed for a noticeable shift towards user participation. This resulted in improvements of protocols and software such as browsers, operating systems, etc.

As web content was now primarily constructed by the site’s users rather than the platforms themselves – users contributed the data. However, the data was still maintained by the sites’ creators, which means users do not control the data they provide.

Not to mention that the site could change its way of displaying data at any time or simply cease to exist, leaving the user without the content and with no way to track it.

What makes Web3 so unique?

Web3 is a set of protocols that allows building blocks for application developers. These protocols do not replace all traditional web technologies like HTTP, JS, and SQL, but they introduce new ways to build applications.

Most Web3 applications are called DApps (or Decentralized Applications), built on peer-to-peer networks like decentralized Blockchains and IPFS, without a single point of failure.

Unlike websites hosted on centralized servers or even on CDNs, where the administrator can interrupt or modify the information at any time, DApps are developed and hosted on Blockchain networks through smart contracts. Blockchains are special computers or distributed databases that anyone can access, but no one owns. Blockchain is not a server run by a single company; instead, it runs on multiple devices from multiple people (usually a PC, a server, or even a Raspberry Pi).

Smart contracts are simply a few lines of code instructed to execute a set of commands according to agreed conditions, and they are like pieces of code that run on a blockchain, where once deployed, they operate strictly as intended, where users can trust that they will be unstoppable and resistant to censorship.

Today’s smart contracts are pretty simple! They take care of elementary stuff like transferring funds, changing ownership, and adding and subtracting numbers. Nothing special has been done yet in these contracts by the block limits imposed by current blockchains. But with the evolution of Web3, we will need very sophisticated smart contracts that demand a higher limit of block space and that are executed on a large scale.

So, with this block limit, a key aspect of the blockchain is that it can be prohibitively expensive to store other forms of data. So, to ensure that Web3 supports multiple use cases, it is better to have less critical data held with less security than a blockchain. IPFS provides the ideal storage solution for less important data.

Can Web3 be owned by someone specific?

In Web3, ownership and control of data and applications is decentralized. Users and developers can own property rights, owning parts of applications and having tokens, both non-fungible (NFTs) and fungible.

Before Web3, users and developers had to choose between the limited functionality of Web 1.0 or the centralized model of Web 2.0, and Web3 offers a new form that combines the best aspects of previous views.

Open source has changed how code is written, and Web3 tries to change where it runs. With open-source, you have a distributed code creation, but without direct financial income. Now, with Web3, you can have an open-source executed in a distributed way, but with income for those involved.

As with open-source and the Internet in the early days, there is a messianic vision for Web3: a revolution that moves from large companies making money using software to users making money from software. The reality is not strictly binary, and the outcome could be the evolution of something in between these two views.

Why is Web 3.0 so controversial?

Web3 can be an ambiguous term for many people, making it difficult to accurately evaluate the intentions of the people involved on Web3. However, the general thesis seems to be that Web 1.0 was decentralized, Web 2.0 centralized everything across platforms, and Web3 will decentralize everything again.

But if something is decentralized, it becomes complicated to change and often gets stuck in time, just like the basic Internet protocols like IPv4, TCP/IP, BGP, etc. The foundation of the Internet is decentralized and hard-to-change protocols, and that is a problem for technology and innovation because the rest of the Internet ecosystem is moving really fast.

But what Web3 comes to solve primarily, is to allow portability of user data, so even if a user-friendly interface is to be discontinued, the data is preserved in the blockchain or IPFS network, for example, and with that, another interface can be developed rapidly.

The term Web3 is not just a name change, which makes people who built Web 2.0 feel threatened. It looks like this latest version will completely replace Web 2.0. But it will not, Web 2.0 is here to stay, and that will not change any time soon.

But it is important to point out that discarding the term Web3 for what it is today and not what it will be, is like discarding any innovative technology or paradigm while they are in their initial stages.

How is Web 3 Going to Impact the Digital World?

Web3 will not fundamentally replace Web 2.0 but will evolve in parallel and complement each other, using the best features of the current Web and allowing greater user participation and leveraging from a decentralized Internet infrastructure.

As EdgeUno is an infrastructure provider for the Internet, the first question that comes to mind is: How to prepare the network infrastructure and Edge Computing for Web3 applications?

The concept of Edge Computing aims to reduce network latency, bringing computing power to an infrastructure close to user access.

Web3 will require new protocols and innovations to function on its full potential, in addition to the current blockchain technologies that allowed it to be born. This does not mean that it will happen overnight because we already have some parts of the fundamental infrastructure in place: distributed Blockchains, Dapps, and developer tools. Indeed, new evolutions will emerge over time as various products, services, and capabilities are integrated and merged.

One of the critical points of Web3 is its ability to run in a globally distributed environment, and the infrastructure for this system is no different from the infrastructure we have today, made up of servers, storage, and network. The challenge lies in adopting the premise of distributing these resources without falling into the temptation of concentrating the Web3 infrastructure in 3 or 4 large Cloud providers.

Many companies are trying to take advantage of this new paradigm. There is no other way to do it genuinely, not to take advantage of cloud technologies and Edge Computing. Edge Computing is an infrastructure that adapts perfectly to the Web3 concept and allows making new products and services uniformly and quickly available in a decentralized way. 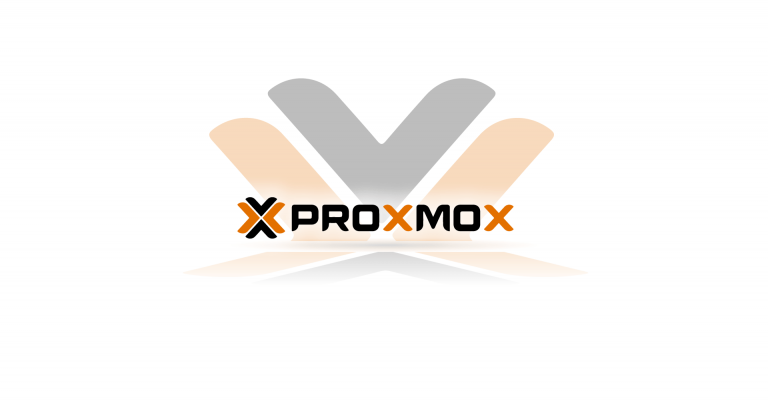 In a business world where efficiency governs, it is important to use solid tools that ensure the proper functioning of all services of a company Migrating to the Cloud is a challenge, especially in Latin America; therefore, in this blog post, we will tell you what you need to know about the different types of Cloud to find out which is the best solution for your project